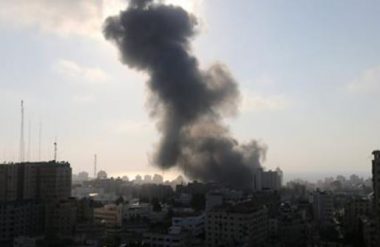 The Health Ministry in Gaza has confirmed that five Palestinians were injured by missiles fired from unarmed Israeli drones, east of Gaza city and Jabalia, while one Palestinian was shot with live fire.

The sources said that three Palestinians suffered mild-to-moderate wounds, and were rushed to the Shifa Medical Center, in Gaza city.

The attack came after the Israeli drones carried out three strikes, including one that led to the injury of two Palestinians, east of Jabalia, in northern Gaza.

Furthermore, the soldiers fired live rounds at Palestinians east of the Shuahada Graveyard, east of Jabalia, wounding a young man.

In related news, the Health Ministry said a Palestinian, who was shot by Israeli soldiers on May 14th, died from his serious wounds.

The Palestinian has been identified as Majd Soheil Mohammad ‘Oqeil, 26; he was shot during the “Great Return Procession” on May 14th.