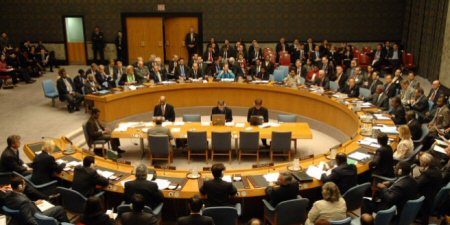 The United Nations Security Council in New York scheduled a meeting for today, to discuss the situation in the Middle East – and the Israeli delegation has, therefore, entered a state of alert, Israeli media said.

According to Israel Hayom newspaper, the meeting was suggested by Palestinian ambassador to the UN Riad Mansour, yesterday, at another meeting held by the Committee of Palestine, at the United Nations headquarters.

“The right-wing government has enacted a law that states that Israel is not a state for all its citizens by favoring a particular religion,” said Mansour, according to the PNN.

“The law clearly discriminates against non-Jewish communities and can exacerbate existing tensions,” said UN Human Rights Commissioner Prince Ziad Raed al-Hussein. “This is a racist legislation and another step towards apartheid. I intend to discuss the matter in depth at the Security Council.”

Last week, the Israeli parliament approved the Nationality Law, in its second and third readings.

The law identifies Israel as a uniquely Jewish nation, establishing Hebrew as its sole official language, while giving Arabic special standing, and declaring Jerusalem the capital of Israel, and setting the Hebrew calendar as the official calendar of the state.