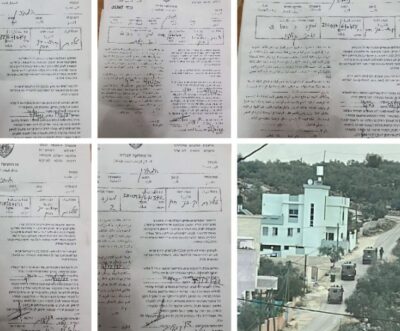 On Tuesday, Israeli soldiers invaded Qarawat Bani Hassan town, west of the central West Bank city of Salfit, and handed orders for the demolition and halting construction of eight homes.

Ibrahim ‘Aasi, the mayor of Qarawat Bani Hassan, said several army vehicles invaded the town and handed eight orders for the demolition and halting construction of eight homes, including some inhabited ones.

He said the homes are in the Ar-Ra’s, Wad Al-Masalha, and Khallet Al-Qarn areas in the northeastern part of the town.