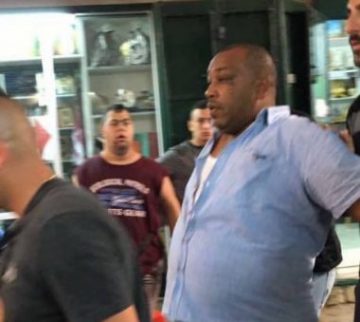 Updated: The Palestinian Prisoners Society (PPS) has reported that Israeli soldiers have kidnapped, overnight and at dawn Sunday, nine Palestinians in different parts of the occupied West Bank. The head of the PPS office in Jerusalem was kidnapped on Sunday afternoon.

On Sunday afternoon, the Israeli army kidnapped the head of the Jerusalem office of the Palestinian Prisoners’ Society (PPS) Nasser Qous, in Jerusalem’s Old City.

In addition, the Qalqilia office of the PPS, in the northern part of the West Bank, said the soldiers kidnapped one Palestinian, identified as Abdullah Walweel, 38, after invading his home in the city. Palestinian, identified as Bara’ Tawfiq ‘Amarna, 20, was kidnapped from his home, in Tulkarem, in the northern part of the West Bank.

Also in the northern part of the West Bank, the soldiers kidnapped Salah Najeh Kamil, from his home in Qabatia town, south of Jenin.

Furthermore, the PPS said that the soldiers also kidnapped Tha’er Awad Saleh, 35, from his home in ‘Aroura town, northwest of Ramallah.