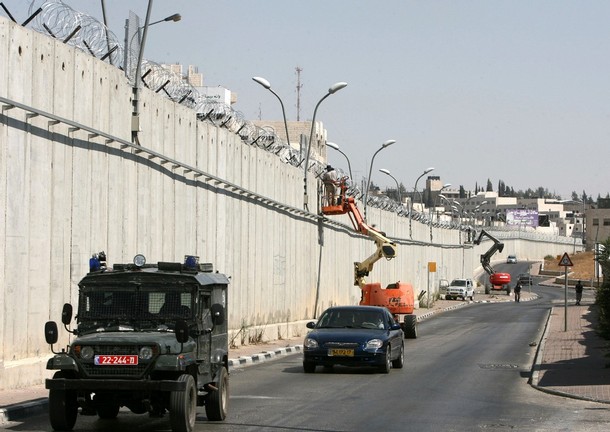 On Sunday afternoon, a squadron of Israeli soldiers invaded the village of al-Ram, east of Jerusalem, to raid the home of 39-year old Misbah Abu Sbeih, who was killed Sunday morning after shooting an Israeli officer and civilian. The soldiers clashed with local youth, injuring seven teens and young adults.

The soldiers entered Abu Sbeih’s home and interrogated all of his family members, then ransacked the home, in Kufr ‘Aqab neighborhood, while searching it.

His three children were abducted by the soldiers and taken to an interrogation center.

While the soldiers were invading the home, a number of local youth gathered outside and shouted at the soldiers to end the occupation. Some of the youth threw stones, and the Israeli soldiers fired rubber-coated steel bullets toward the crowd.

Seven young men and boys were injured by the rubber-coated steel bullets, and the Israeli military reported that two soldiers, one male and one female, were injured by stones thrown by the youth.

A local news agency, Ma’an, reported that Misbah Abu Sbeih had told their reporters on Saturday that he planned to turn himself in to Israeli authorities on Sunday for charges of assaulting an Israeli officer at the Al-Aqsa mosque in 2013.