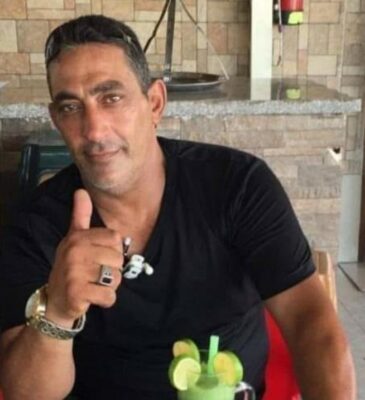 On Sunday evening, Israeli sources reported that five soldiers were injured in what they claimed was a car-ramming attack near Jericho, in the northeastern part of the occupied West Bank, before the soldiers shot and killed the Palestinian driver.

The Palestinian has been identified as Barakat Mousa Odah, 49, a married father of six children and a taxi driver from Al-Ezariya town, east of occupied Jerusalem.

The Palestinian was shot while driving near Nabi Mousa Junction, south of Jericho, and suffered life-threatening wounds before he was moved to Hadassah Israeli Medical center in Jerusalem, where he was pronounced dead.

Israeli daily Haaretz said five soldiers were injured; two moderately and three mildly, before they were transferred to Hadassah and Shaare Zedek Medical Center in Jerusalem, and added that two of the injured soldiers were later discharged from Hadassah.

According to Haaretz, Barakat was imprisoned 14 times for drug and weapons trafficking, had no political affiliation, and was not a member of any party or group.

Haaretz also said that the incident occurred on two junctions and quoted the army claiming that the Barakat rammed soldiers waiting at Nabi Mousa Junction before continuing towards soldiers at a nearby intersection where he hit a bus stop.

He was shot many times by both Israeli soldiers and paramilitary illegal colonialist settlers after he reportedly tried to escape.

However, a video from the scene shows the soldiers continuing to fire at him after the initial shots that incapacitated him, and he was already on the ground.