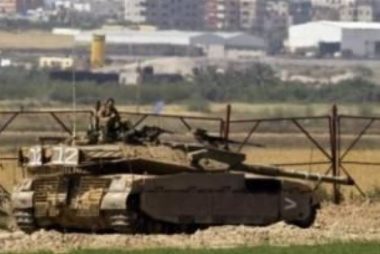 Israeli soldiers opened fire, on Saturday morning, on several Palestinian farmers in their own lands, east of Gaza city, while navy shops fired on fishers, northwest of Gaza.

Eyewitnesses said the soldiers, stationed on military towers around the Nahal Oz military base, across the border fence east of the Sheja’eyya neighborhood, east of Gaza city, targeted the lands, and farmers with automatic fire, forcing them out of their lands.

The attack was carried out less than four nautical miles from the shore, and led to damage but no injuries.

The assaults are the latest of daily Israeli violations and attacks targeting Gaza farmers and fishers, in different parts of the coastal region.

On Friday morning, the Israeli army and navy opened fire on Palestinian farmers, east of Khan Younis, in the southern part of the Gaza Strip, while navy ships opened fire on fishers in northern Gaza.