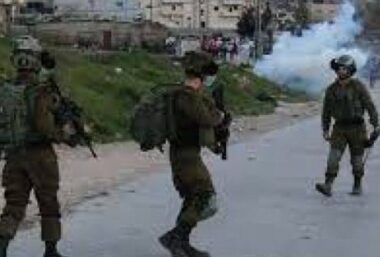 Israeli soldiers shot, Wednesday evening, a Palestinian child in Jayyous town, east of Qalqilia, in the northern part of the occupied West Bank.

Medical sources said the soldiers shot a child, sixteen years of age, with a live round in the leg before he was rushed to a hospital suffering moderate-but-stable wounds.

The soldiers also closed several roads in the town, prevented the Palestinians from crossing, and installed several roadblocks in some areas in the Qalqilia governorate.