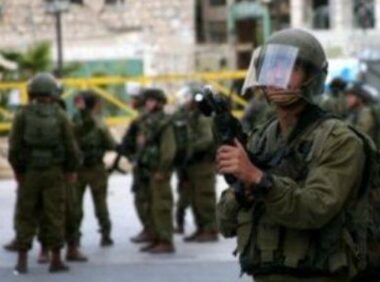 On Wednesday evening, Israeli soldiers abducted six Palestinians from Hebron, Jenin, and Jerusalem in the occupied West Bank. One of the abducted Palestinians in Hebron was taken prisoner after illegal colonizers assaulted him and several other shepherds.

In Hebron, in the southern part of the West Bank, illegal Israeli colonizers assaulted several Palestinian shepherds in the Masafer Yatta area, south of the city, before Israeli soldiers abducted a shepherd, Mahmoud Yousef Ed’eis, instead of removing the assailants.

Eyewitnesses said the colonizers attacked the Palestinian shepherds and their sheep before forcing them out of grazing lands in the Ein al-Baida area, east of Yatta.

In occupied Jerusalem, the soldiers abducted two young men, Amir al-Hadra, and Emad Zaatari, from the at-Tour town, east of the city, and summoned six others for interrogation.