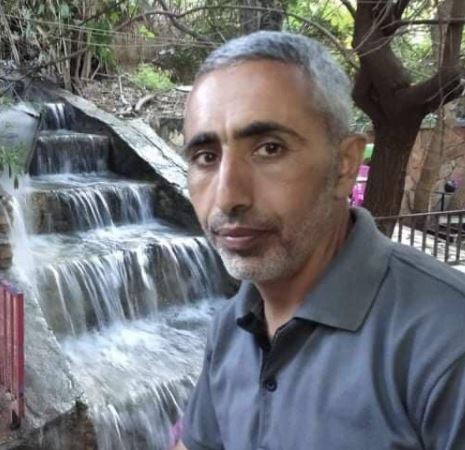 A Palestinian man was shot and killed, on Friday, when Israeli forces opened fire at non-violent protestors near Beit Dajan village, east of Nablus in the northern occupied West Bank city.

According to the Palestinian Health Ministry, Israeli soldiers shot Atef Yousef Hanaisha, 45, the Imam of the local mosque, with a live round in the head while he was participating in a peaceful demonstration in defense of Palestinian-owned land which is under the threat of confiscation.

The army opened fire toward Palestinian civilians exercising their right to protest with live rounds, rubber-coated steel rounds, and teargas to suppress the march, which was organized to reject the Israeli occupation’s continued expropriation of Palestinian-owned land.

The Palestinian Red Crescent Society (PRCS) stated that they rushed the severely injured man to Rafidia Hospital in Nablus, where he was soon pronounced dead due to his of his serious wounds.

It is worth mentioning that Hanaisha worked as a carpenter with his brother, however, he also spent the last twenty years of his life as a volunteer Imam of the local mosque.