Israeli Army To Demolish A Home In Occupied Jerusalem 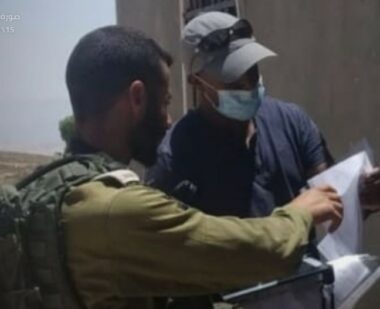 On Sunday, the Israeli occupation army handed a demolition order to a Palestinian in the al-Isawiya town, in the occupied capital, Jerusalem, in the West Bank.

Media sources said the Palestinian, Fadi Obeid, built his home seven months ago to shelter himself and his family.

The City Council in occupied Jerusalem refused to grant the Palestinian a construction permit and informed him that he must demolish his property at his own expense, or the city would demolish it using its workers and equipment and impose excessively high fines and fees in addition to the demolition cost.

While Israel continues to build and expand its illegal colonies, Palestinian communities and towns in occupied Jerusalem and various areas in the occupied West Bank continue to be denied the right to build homes and property.