Updated: Israeli Soldiers Kill A Palestinian, Injure Another And Abduct Five, In Jenin 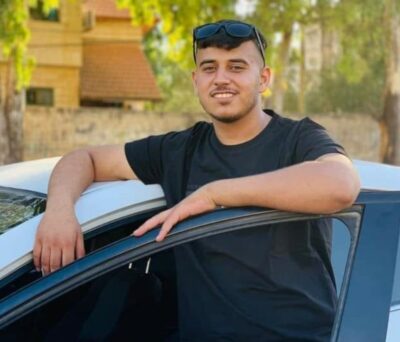 He was shot with three live rounds, one in the head and two in the thigh, and succumbed to his serious wounds at the ar-Razi hospital in Jenin.

Another Palestinian was injured with live fire after Israeli soldiers shot him in Qabatia.

The soldiers also abducted five Palestinians, including one who was kidnapped from a bakery where he works.

On Monday dawn, Israeli soldiers invaded Jenin city in the northern part of the occupied West Bank, and Qabatia town, south of Jenin, shot two Palestinians, including one who suffered serious wounds and abducted five.

Medical sources in Jenin said the soldiers shot a young man, Taher Zakarna, with a live round in the head, in Qabatia, inflicting life-threatening wounds, during protests that erupted after many army jeeps invaded it.

They added that the soldiers also shot and moderately injured another young Palestinian man during the invasion.

The soldiers also invaded and ransacked several homes and buildings and abducted a young man, Odai Manasra, from his work at a bakery they stormed in Qabatia.