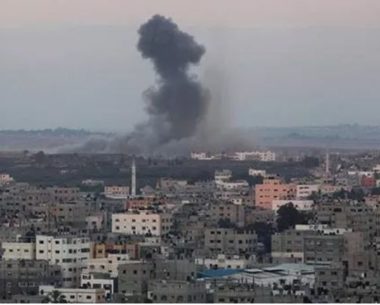 The Israeli army fired, on Friday evening, several missiles into a site run by the al-Qassam Brigades the armed wing of Hamas, in central Gaza, killing two fighters; the army said it was retaliating to gunfire that injured two soldiers.

The Health Ministry in the Gaza Strip has confirmed that the soldiers killed Abdullah Ibrahim Abu Mallouh, 33, from the Nusseirat refugee camp, and Ala’ Hasan al-Bobali, 29, from the al-Maghazi refugee camp, in central Gaza.

The two fighters were in a site, run by the al-Qassam Brigades, east of the al-Maghazi refugee camp, when the army fired missiles at it.

The Israeli army said it fired the missiles after Palestinian fighters shot and injured two soldiers near the perimeter fence.

According to the Israeli “Jerusalem Post”, the Israeli Air Force “struck a Hamas post, following Palestinian sniper fire that injured two soldiers, one of them is a female.”

In a statement, the al-Qassam Brigades held Israeli responsible for the escalation, and the repercussions of the bombing, and said that Israel never stopped the use of deadly force against the nonviolent protests, participating in the Great Return March processions in the Gaza Strip.

It called on the “Joint Operations Committee” of various armed resistance groups in Gaza to remain alert and ready for any further escalation, and possible retaliation.

It is worth mentioning that the soldiers also killed, Friday, two Palestinians, identified as Ramzi Rawhi ‘Abdo, 31, and Ra’ed Khalil Abu Teir, 19, and injured 82 others, including 34 children, two journalists and three paramedics, during the Great Return March processions in the Gaza Strip. 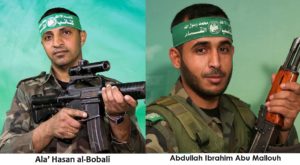