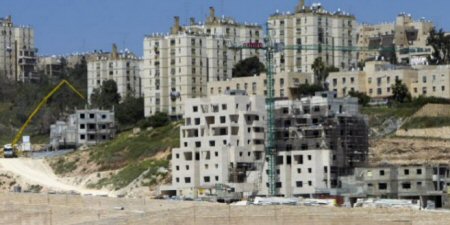 As the US government prepares to inaugurate Joe Biden as President on Wednesday, the Israeli government announced Sunday a plan for 780 additional colonial settlements on Palestinian land.

Israeli Prime Minister Benjamin Netanyahu approved the new settlement units, which will be constructed on land seized from the Palestinian owners by the Israeli military.

Although such seizures of land and construction of colonial settlements are in direct contravention of international law, and of signed agreements with the Palestinian Authority, the Israeli government has approved hundreds of thousands of such units since illegally occupying the West Bank with military force beginning in 1967.

According to the Israeli organization Peace Now,

“Not only will this settlement activity erode the possibility for a conflict-ending resolution with the Palestinians in the long-term, but in the short-term it needlessly sets Israel on a collision course with the incoming Biden administration”.

In response to Israel’s announcement, the European Union (EU) issued a statement that the expansion of settlements is

“contrary to international law and further undermines the prospects of a viable two-state solution.” The statement urged the Israeli government to

“reverse these decisions on settlements and show leadership to rebuild trust and confidence between the parties, which is necessary for an eventual resumption of meaningful Israeli-Palestinian negotiations.”

There are currently around 450,000 Israeli Jews living in the West Bank in illegal settlements, which are constructed with Jewish-only highways leading to them, which bisect and divide the West Bank into dozens of cantons. The 3 million Palestinians who live there are not allowed to go near the settlements, which are surrounded by razor wire, electrified fencing, roads and surveillance cameras.

The continued expansion of settlements by the Israeli government has been widely condemned by most country’s governments.