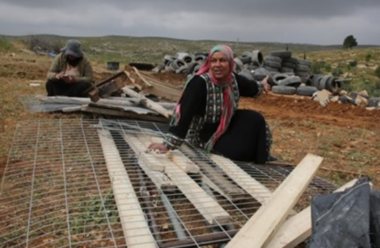 An Israeli military court ruled, on Friday, for the demolition of the home of Palestinian detainee, Mohammed Murawah Qabaha in Tura village, southwest of Jenin in the northern occupied West Bank.

In a press statement, Mo’yad, the brother of the detainee, said that the Israeli army handed the family a demolition notice against the two-story home next week, which would displace a mother and four children, the Palestinian Information Center reported.

The detainee was charged with the murder of an illegal Israeli settler, an act motivated by the death of the deceased Palestinian prisoner, Kamal Abu Waer who died as a result of deliberate medical neglect.

The policy of punitive house demolition is, by definition, meant to harm people who have done nothing wrong and are suspected of no wrongdoing, but are related to Palestinians who attacked or attempted to attack Israeli civilians or security forces. In almost all cases, the individual who carried out the attack or planned to do so no longer lives in the house, as they were killed by Israeli security forces during the attack or were arrested and face a long prison sentence in Israel.

This policy constitutes collective punishment, which is prohibited and violates binding provisions of international law. This is not a complicated, theoretical legal principle but a matter of basic morality: Punishing innocents for the sins of others is unconscionable.