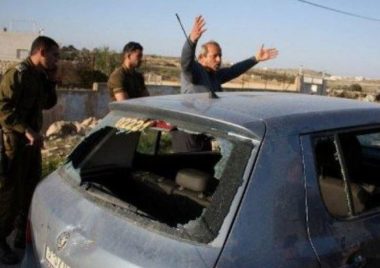 Medical sources have reported, Friday, that a Palestinian was shot and injured after an illegal Israeli colonialist settler shot him with live rounds at the Nablus-Ramallah road, near the al-Jalazoun refugee camp, north of Ramallah, in central West Bank.

Medical sources said the young man was shot in his leg, after a group of colonists invaded the area surrounding the Education Ministry, and attacked dozens of residents, cars and buildings.

The Palestinians then intercepted the colonists, and clashed with them to force them out, before the Israeli assailants fired many live rounds at them, wounding the young man.