Soldiers Injure Many Palestinians Near Ramallah 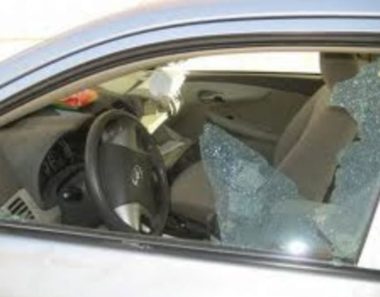 Media sources said dozens of Palestinians held a procession in the town, after performing noon prayers on their lands, in the eastern meadow area.

They added that the soldiers resorted to the excessive use of force against the nonviolent protesters, and fired many gas bombs, concussion grenades and rubber-coated steel bullets.

Many Palestinians were shot with rubber-coated steel bullets; others suffered the effects of teargas inhalation, while several residents suffered various cuts and bruises.

The Palestinians in the town are ongoing with their processions, especially since the army intends to transform its military base, which was built on stolen Palestinian lands, into an illegal colony.

In related news, groups of fanatic colonialist settlers continued to attack Palestinians, and their cars, in several parts of the occupied West Bank, especially near Ramallah, Nablus and Hebron.

Many Palestinian cars sustained serious damage, after the colonizers hurled stones at them near the al-Jalazoun refugee camp, north of the central West Bank city of Ramallah.

Similar attacks took place near the northern West Bank city of Nablus, especially in the area of Yitzhar road, in addition to Hebron, in the southern part of the West Bank.

Israeli soldiers were seen standing not far from the colonists, who were attacking the Palestinian cars, but did not attempt to stop them.