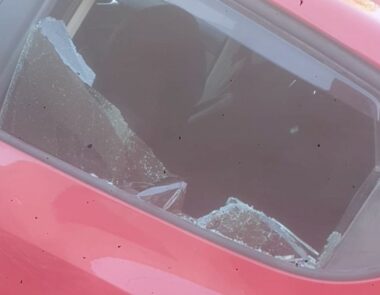 An Israeli colonialist settler, illegally squatting on Palestinian lands, attacked, and caused damage to a Palestinian car, Thursday, after the vehicle stopped at a red traffic light near Hares village, west of Salfit, in the central West Bank.

The Palestinian, Yasar Abu Hijla from Deir Istiya near Salfit, said that he stopped at a traffic light before an Israeli colonist stepped out of his car and started shattering the rear windshield, and several windows while hurling insults and racist slurs against the Palestinians and the Arabs in general.

He added that Israeli soldiers were parked nearby and did not apprehend the assault, but instead pointed their guns at him and ordered him to leave the area.