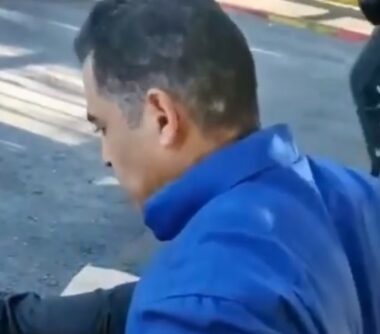 A Palestinian man who works with an Israeli bus company was injured, Friday, after an Israeli colonialist settler stabbed in Jerusalem.

Khaled Abu Tayeh, a member of the Lands Defense Committee in Silwan, in occupied Jerusalem, said the wounded young man has been identified as Mohammad Abu Naab.

He stated that the Palestinian, who works as a driver with the Israeli Egged bus company, suffered moderate wounds before he was rushed to a hospital. The Palestinian, from Silwan town in occupied Jerusalem, was stabbed in the Givat Shaul area.