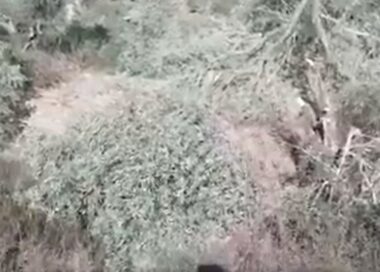 Israeli colonialist settlers, illegally squatting on Palestinian lands, attacked a home in Burin village, south of the northern West Bank city of Nablus, and cut at least twenty olive trees in its yard.

He added that the colonists also cut at least twenty olive trees around the property, before the neighbors chased them away, especially as they were trying to break into the home.

The attack came not long after Israeli soldiers removed a tent that was installed by the colonist on the land.

It is worth mentioning that the home is in Salman Mountain, surrounded by dozens of trees, and stands on its own approximately 900 meters from the other homes in the village.