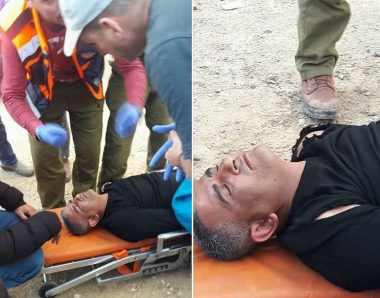 Hamza Zubeidat, the coordinator of the Development Work in the Jordan Valley, said the Israeli assailants surrounded and assaulted Bassam Zubeidat, 39, causing various cuts and bruises.

The Palestinian was with his family when the colonists attacked him, and was rushed to a local clinic.

The soldiers also invaded and searched a gas station in Deir Istiya, and examined the ID cards of several Palestinians.