Palestinian Shot while Others Teargassed in Nablus 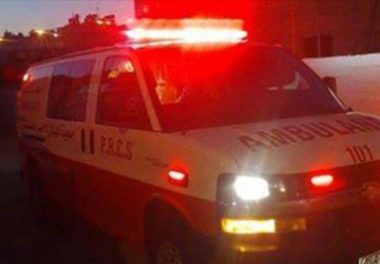 A Palestinian, Tuesday, was shot and injured with live ammunition while three others suffocated during confrontations which broke out with Israeli forces in the town of Salem, east of Nablus, said medical sources.

Ahmad Jibril, Head of the Palestinian Red Crescent emergency department, told WAFA that an unidentified Palestinian was injured with a live bullet in the thigh, whereas three others suffocated after inhaling tear gas fired at the town locals by Israeli soldiers during the clashes.

Dozens of illegal Israeli colonist settlers invaded, on Tuesday at dawn, Awarta and Jeet villages, east and west of Nablus, where they damaged cars, and wrote racist graffiti.