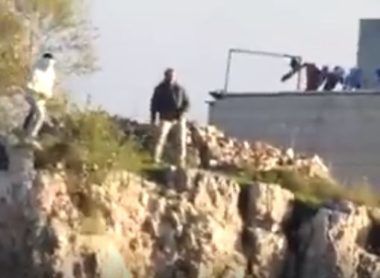 Also on Monday evening, a group of colonists attacked homes in the southern area of Madama village, south of Nablus.

Ghassan Daghlas, a Palestinian Authority official who monitors Israel’s illegal colonialist activities in northern West Bank, said the assailants came from Yitzhar colony, which was built on Palestinian lands south of Nablus, and added that the locals intercepted them, and forced them away.