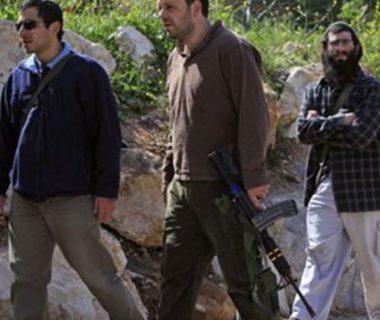 A number of extremist illegal Israeli colonialist settlers attacked, on Friday evening, two Palestinians in the Salaima neighborhood in Hebron city, in the southern part of the occupied West Bank.

Eyewitnesses said the assailants attacked the two Palestinians in their neighborhood, near the Ibrahimi Mosque, causing various cuts and bruises.

They added that the colonists also attacked several shops in the same area before Israeli soldiers invaded it, and forced all Palestinian shops to close, in addition to firing concussion grenades and gas bombs at many residents.

A local Palestinian, identified as Sameeh Da’na, said the soldiers invaded his home, and installed a tent on its rooftop to use it as a monitoring tower.

The soldiers also installed several roadblocks, in addition to increasing their deployment in the neighborhoods of the Old City.