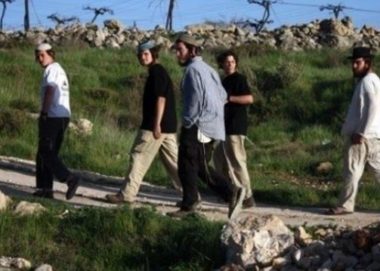 Several Israeli colonists hurled stones, Sunday, at the building of the Local Municipal Council of Teqoua’ town, east of Bethlehem, south of occupied Jerusalem in the West Bank.

Salem Abu Mfarreh, the mayor of Teqoua’, said the colonists stopped their car in front of the Local Council’s building, before jumping out of their vehicle and throwing stones at the building.

He added that the attack is the second in the last few days, while in the first attack, the colonists also drew their weapons and threatened to shoot the Palestinians, before fleeing the town.