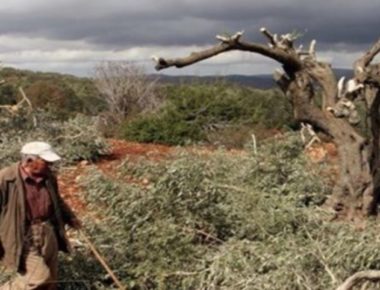 Daghlas added that the colonists then cut more than 40 olive trees, owned by a Palestinian, identified as Mohammad Nassim Najjar.

In addition to the settler attack in Nablus, Israeli settlers also cut down dozens of olive trees in the town of Nahalin, west of the southern West Bank city of Bethlehem, on Saturday, according to a local official.

Hani Fannoun, the deputy mayor of Nahalin, told the Palestinian Wafa News Agency that settlers from the illegal Israeli colony of Givout, located within the Gush Etzion settlement bloc, cut down 40 olive trees owned by three brothers and another local resident.

The attacks are part of ongoing and escalating Israeli violations targeting the Palestinians, their homes, and orchards in several parts of the occupied West Bank.

Israel’s colonies in the West Bank, including those in and around occupied East Jerusalem, are illegal under International Law, the Fourth Geneva Conventions in addition to various United Nations resolutions.