Israeli Colonist Stabs A Palestinian Teen In The Neck, In Jerusalem 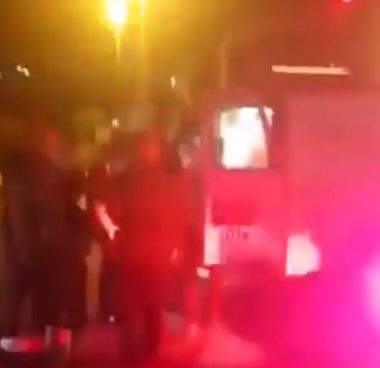 An Israeli colonialist settler stabbed, on Sunday evening, a Palestinian teenage boy in the neck, in occupied East Jerusalem, causing a mild-to-moderate injury.

Eyewitnesses said the colonist assaulted the teen, Mohammad Natsha, 17, and stabbed him with a sharp object in his neck.

They added that the Israeli assailant is an ultra-orthodox Jewish settler, who fled the scene directly after assaulting the teen.

The Israeli police was called to the scene, but did not make any arrests or reveal further information.

The attack took place in the al-Misrara area in Salaheddin Street, in Jerusalem. The wounded teen is from Wadi al-Jouz neighborhood, north of the Old City.