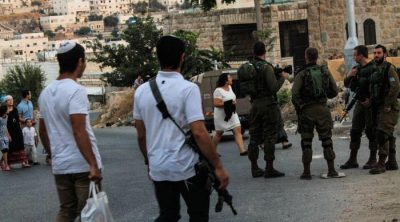 He added that the latest assault in part of a series of attacks, which have recently witnessed a serious escalation, largely in Jaber area, Wadi an-Nassara, and Salayma neighborhood, especially on Friday’s and Saturday’s.

He also stated that most of these attacks happen in front of Israeli soldiers and police officers, who fail to intervene, let along attempt to stop them.