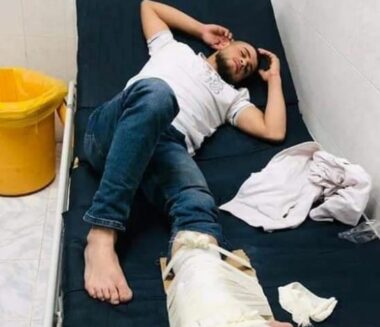 Rateb Jabour, the coordinator of the Popular Committees against the Wall and Colonies in southern Hebron, said the colonists assaulted Adham Ayman Moghannam, 26, while working on his land near the illegal colony.

Jabour added that Moghannam suffered fractures in his leg, in addition to various cuts and bruises to several parts of his body before Palestinian medics rushed him to Yatta Governmental Hospital.

In related news, Israeli soldiers closed the Tal Romeida neighborhood, in the center of Hebron city, and prevented the Palestinians from entering or leaving it.

The Palestinians were forced to wait more than three hours just to be able to return to their homes, while the army provided no explanation for the closure.