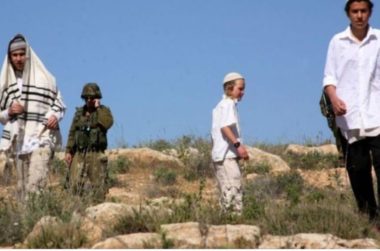 Illegal Israeli colonialist settlers attacked, Thursday, a Palestinian man in the village of Burqa, north of Nablus city, in the northern part of the occupied West Bank, causing him fractures and bruises.

He added that the assailants sneaked into the village and assaulted 43-year-old, Nasim Hajja, causing various fractures and bruises, before fleeing the area.

The Palestinian man was walking in the village when he was attacked.

The invasion into the village was carried out by more than twenty Israeli colonists.

On Wednesday at night, a group of fanatic Israeli colonists assaulted a Palestinian man, identified as Adli Hanani,  39, and set a vehicle on fire, in Khirbet Tana village, east of Nablus.