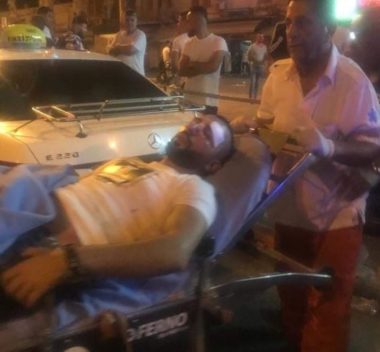 A group of extremist illegal colonialist settlers attacked, on Sunday at night, many Palestinians and stores in the Old City of occupied East Jerusalem, causing damage and wounding five young men.

Israeli soldiers, extensively deployed in the area, did not attempt to stop the assailants, and instead fired gas bombs and concussion grenades at the Palestinians, who tried to defend themselves, their homes and property.

The soldiers also assaulted and injured a young man, identified as Osama Shaweesh, while trying to enter the Al-Aqsa Mosque through Bab al-Asbat (the Gate of the Tribes).

Earlier Sunday, the soldiers stopped and searched many Palestinians while inspecting their ID cards, and installed many roadblocks, to allow groups of colonialist settlers to conduct provocative tours into the Al-Aqsa Mosque.