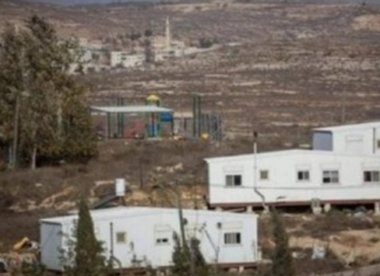 Israeli colonialist settlers installed, Saturday, an outpost on Palestinian lands in the Khirbat Zannouta area, east of the ath-Thaheriyya town, south of the southern West Bank city of Hebron.

Locals said the colonists brought four mobile homes and established a new outpost on lands owned by the families of al-Makhazra and al-Jabarin.

Israeli soldiers were present in the area and denied the Palestinians access to their own lands.

The colonists are trying to install more outposts on Palestinian lands in the area which would lead to the further annexation and isolation of farmlands.