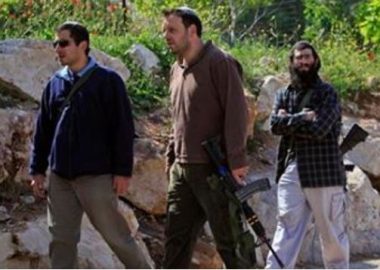 Several Israeli colonists invaded, on Saturday at night, the al-Ein al-Jadeeda area, south of Tal Romedia, in the southern West Bank city of Hebron, while carrying wooden boards and some construction tools, in preparation for establishing a new illegal outpost.

The Youth Coalition against Settlements in Hebron said the attack was carried out by colonists from existing nearby illegal outposts.

The al-Ein al-Jadeeda area is a historic site the dates to the Mamluk era, and is under the supervision of the Islamic Waqf and Endowment Department, but the colonists frequently target it.

The legal office of the Hebron Construction Committee has been trying to stop these violations by heading to Israeli courts and filing appeals against the ongoing violations, but the colonists continue their illegal takeover, amidst encouragement by some Israeli leaders, in addition to the inaction of the Israeli military and the ‘legal system’, that runs the illegal occupation of Palestine.