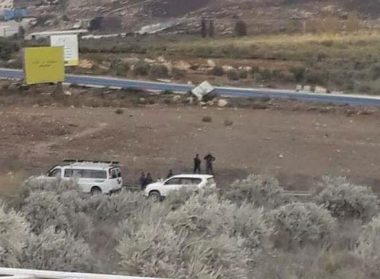 Several Israeli colonists invaded, on Sunday at dawn, Palestinian olive orchards, in al-Mughayyir village, northeast of Ramallah, and Burin village, south of Nablus, in the occupied West Bank, before harvesting the trees and stealing the procedure.

The colonists, from Adi Ad illegal colony, invaded Palestinian orchards in the al-Mughayyir village, and harvested more than 200 olive trees, before fleeing the area with the stolen produce.

A similar attack took place in Palestinian orchards in Burin town, when the invading colonists harvested sixty olive trees and stole the produce.

Such attacks witness a serious escalation every year during the olive harvest season, in addition to the numerous invasions and attacks targeting Palestinian farmlands throughout the year.

These attacks include burning the lands, uprooting them, flooding them with waste-water and chemicals, in addition to fencing them to expand the illegal colonies and outposts.