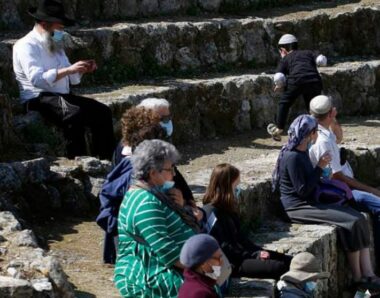 A group of illegal Israeli colonists, accompanied by many soldiers, invaded an archaeological site, Tuesday, in the Sammoa’ Palestinian town, south of Hebron, in southern West Bank.

Local sources said the soldiers, and the settlers, invaded the town, before heading to a Roman-era archeological site, known as al-Burj.

They added that the soldiers and the colonialist settlers repeatedly invade the site, after the army closes and isolates the entire area to prevent the Palestinians from reaching it.

It is worth mentioning that the archaeological area of “al-Burj” witnesses repeated invasions, including during Jewish holidays, as it contains the ruins of a church dating back to the Roman era, in addition to the ruins of the al-Mihrab mosque.