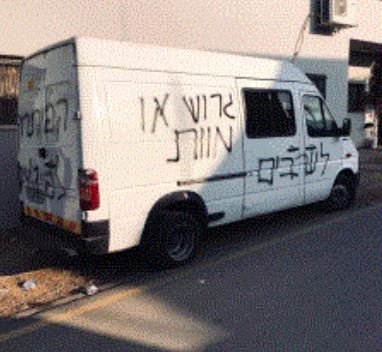 Media sources in Tubas said the assailants punctured the tires of several cars, before writing racist anti-Palestinian graffiti on many cars, homes and walls.

The attacks are the latest of ongoing violations by the illegal Israeli colonists, who constantly target Palestinian homes, cars and property, in addition uprooting farmlands and orchards, and even flooding them with chemicals and wastewater.