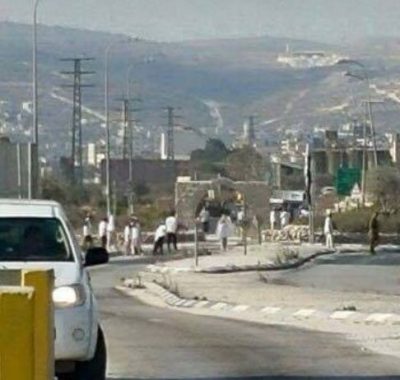 The Council said that colonizers pelted the car with rocks, causing damage, and added that the attack did not lead to injuries.

The Council denounced the attack and the serious Israeli violations against the Palestinians and called on the International Community to intervene.

On Wednesday dawn, Israeli soldiers abducted twenty-two Palestinians, including former political prisoners, from several parts of the occupied West Bank after the army invaded and ransacked dozens of homes.