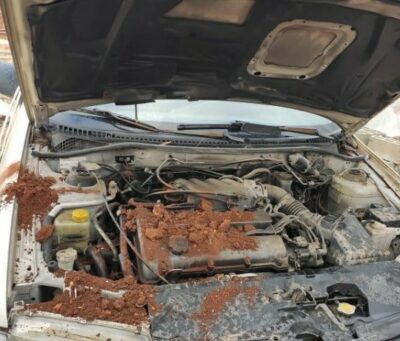 A group of illegal Israeli colonizers attacked, Thursday, a Palestinian home and destroyed the engine of a car in addition to puncturing its tires and cutting several olive saplings, and stealing equipment, near Nablus in the northern West Bank.

Ghassan Daghlas, a Palestinian official who monitors Israel’s colonialist activities in the northern part of the West Bank, said the colonizers came from the Ahiya colony which was built on stolen Palestinian lands.

He added that the colonizers attacked the home of Hisham Ahmad Hammoud, in Jaloud village, south of Nablus, in addition to puncturing the tires of his car and destroying its engine. The colonizers also stole power generators and construction tools in addition to cutting many trees in Hammoud’s land.

Daghlas stated that several villages and towns in Nablus are subject to repeated violations by the colonizers, while the Israeli army continued to prevent the Palestinians from conducting any infrastructure work, or construction on their lands.