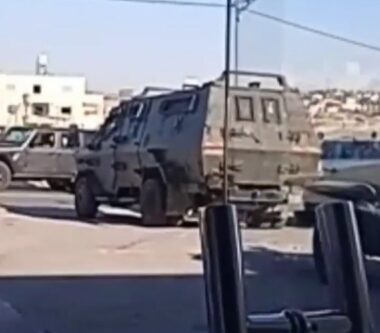 A large group of illegal Israeli colonists attacked, Friday, the town of Teqoua, east of Bethlehem in the occupied West Bank before the soldiers invaded the town and abducted one Palestinian.

Eyewitnesses said dozens of illegal colonizers marched on the main road in Khirbat ad-Deir area in the town and chanted racist slogans while calling for expelling the Palestinians from their homes and lands.

They added that many colonizers attacked Palestinians in the town, leading to protests, before the soldiers invaded it started firing rubber-coated steel bullets, gas bombs, and concussion grenades at the residents, instead of removing the invading colonizers.

The soldiers also abducted a young man, identified as Ismael Suleiman, 20, and took him to an unknown destination.