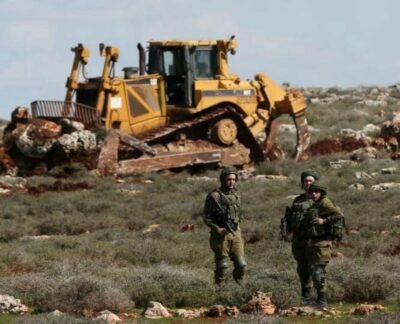 On Sunday, a group of illegal Israeli colonizers invaded large areas of Palestinian farmlands west of Nablus, in the northern part of the occupied West Bank, and started bulldozing and uprooting them.

Daghlas added that the colonizers started bulldozing and uprooting the Palestinian lands in the western area of the town.