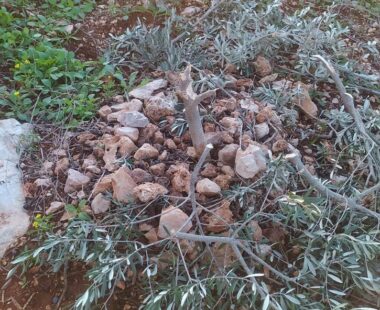 Jabara stated that, over the last three years, the colonizers cut and uprooted more than 80 olive saplings in his orchard.

The orchards are in the Banat Bar area in the western part of Kafr Ed-Deek, subject to frequent Israeli violations.