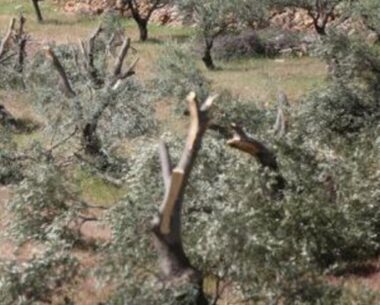 On Tuesday, illegal Israeli colonizers invaded a Palestinian orchard near Salfit, in the central West Bank, and cut at least fourteen olive trees.

He added that the invaded orchard is near the illegal Rahalim colony, built on stolen Palestinian lands.

The colonizers repeatedly invade Palestinian lands and orchards in the area, cutting and uprooting trees and attacking the locals.