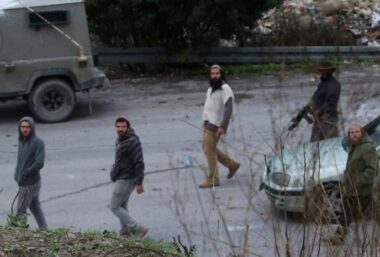 On Saturday, illegal Israeli colonizers attacked a Palestinian man near Nablus in the northern part of the occupied West Bank, causing many injuries.

Daghlas said the colonizers repeatedly struck and beat the Palestinian man before fleeing. Palestinian medics were called to the scene and rushed him to a hospital in Nablus.

The colonizers also attacked several Palestinian homes in Burin town, south of Nablus, before the locals managed to force them out of their community.