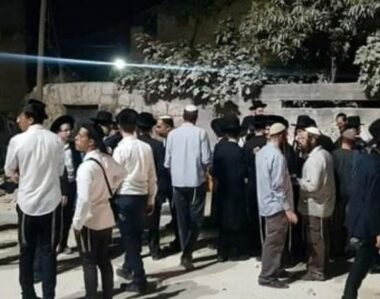 A large group of illegal Israeli colonizers invaded, on Thursday at night, the village of Birin, east of Yatta, south of the southern West Bank city of Nablus, before attacking home and hurling insults at the families.

Fuad al-Amour, the coordinator of the Protection & Steadfastness Committees in Masafer Yatta, stated that the attack was carried out by dozens of colonizers, and added that Israeli soldiers were also deployed at the main entrance of the village.

He said that the assailants gathered in front of the local Village Council, and tried to invaded homes while chanting racist slogans.

Al-Amour also said that such violations are frequent, especially since the colonizers are trying to expand Bnei Hever illegal colony which was built on stolen Palestinian lands.