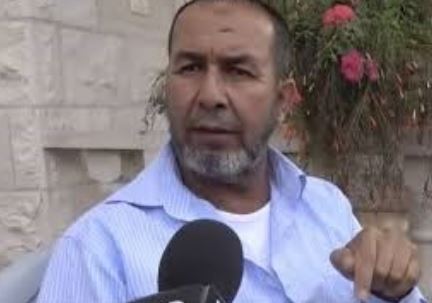 The Palestinian Committee for Prisoners and Ex-Prisoners’ Affairs, said on Thursday that the Salem Israeli court sentenced prisoner, Waleed Na’alwa, father of late Ashraf Na’alwa, who was killed by Israeli forces in the West Bank city of Tulkarem, for 18 months of imprisonment and 12 other months of suspended sentence for a period of five years, along with a fine of 3000 NIS (834 US Dollars).

The committee added that Waleed’s wife, Wafa’a Mahdawi, who is being imprisoned by Israel, as well, was supposed to be released from prison, however, another Israeli court postponed her release.

Ashraf, 23 and son of current prisoner Waleed Na’alwa, was killed during an armed clash with personnel of an Israeli army special unit and Israeli intelligence service, known as the Shin Bet, in Ashraf’s hideout in the West Bank new refugee camp of Askar, east of Nablus city, on January 13, 2018.

The prisoners committee further explained that as Ashraf was in a hideout for a couple of months, before he was shoot dead by Israeli troops, Israeli troops abducted his father, Waleed and mother, Wafa’a, along with all his brothers and sisters, then subjected them all to interrogation inside solitary confinement cells. All of them were released later, except for his parents and brother, Amjad.

By then, Israeli media sources quoted senior military and security officials stating that the first weeks after fatal shooting in the settlement, the hunt for Na’alwa was largely focused on extensive searches of homes, caves and buildings, but later the search became more focused on individuals, who were detained and “interrogated,” on suspicion of providing aid to him.

After killing the young man, the soldiers invaded many areas in Tulkarem, especially in Shweika area, near the Annexation Wall, and fired a barrage of gas bombs, rubber-coated steel bullets and live rounds, at Palestinian protesters, as well as attacking journalists and forcing them to leave the area.