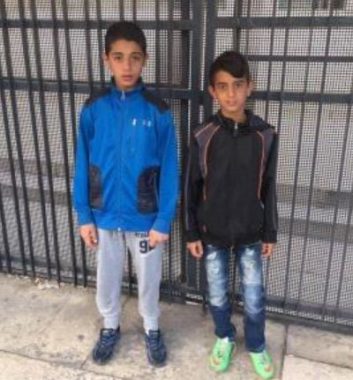 An Israeli court in occupied Jerusalem, sentenced two Palestinian children, only 12 and 14 years of age, from Silwan town, south of the Al-Aqsa Mosque, in the occupied city, to house arrest and imposed high fines on them.

The two children have been identified as Yazan Froukh, 14, and Yousef Hijazi, 12, both from Silwan town. They were abducted, on Thursday morning, and were sent to an interrogation center in the city.

Later in the day, the two children were sent to a court in Jerusalem, and were sentenced to house arrest, in addition to a fine of 2000 Israeli Shekels each, as a precondition for their release.