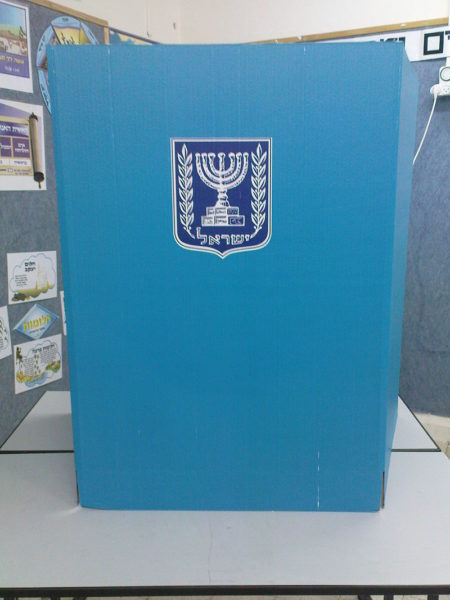 Far-right Israeli faction Otzma Yehudit (Jewish Power) has launched its election campaign by calling for the expulsion of Palestinians to what he described as their “countries of origin”.

Otzma Yehudit launched its campaign in Jerusalem yesterday, ahead of Israel’s general election, which will be held on September 17 after Israeli Prime Minister Benjamin Netanyahu failed to form a ruling coalition, following his re-election on April 9.

Party head Michael Ben Ari told the audience that, “we want to resettle our enemies in their countries […] we’ll give them a bottle of mineral water and even a sandwich. We’ll find them countries of origin they can go to.”

Otzma Yehudit has a history of anti-Palestinian incitement, and had previously called for the expulsion of Palestinians from both Israel and the West Bank.

Its members are followers of extremist rabbi Meir Kahane, whose Kach party was banned from the Knesset in the 1980s. Kahane’s ideology also inspired Baruch Goldstein’s 1994 massacre at Hebron’s Ibrahimi Mosque, which left 29 Muslim worshippers dead and scores wounded.

In March, WAFA further reports, Israel’s Central Elections Committee mulled barring Otzma Yehudit from contesting April’s election due to its anti-Palestinian rhetoric, with the Supreme Court eventually deciding only to ban Ben Ari from the list of candidates.

The party head slammed this decision at yesterday’s campaign launch, saying “they told us this [rhetoric] is racist […] they said they disqualified me for this”.