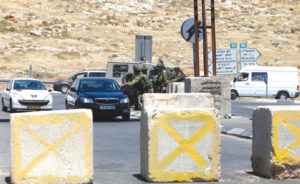 Israeli forces searched Radayda, seized a sum of 4,000 shekels ($1,151 USD) in his possession, and handed him a report for intelligence review, before releasing him.