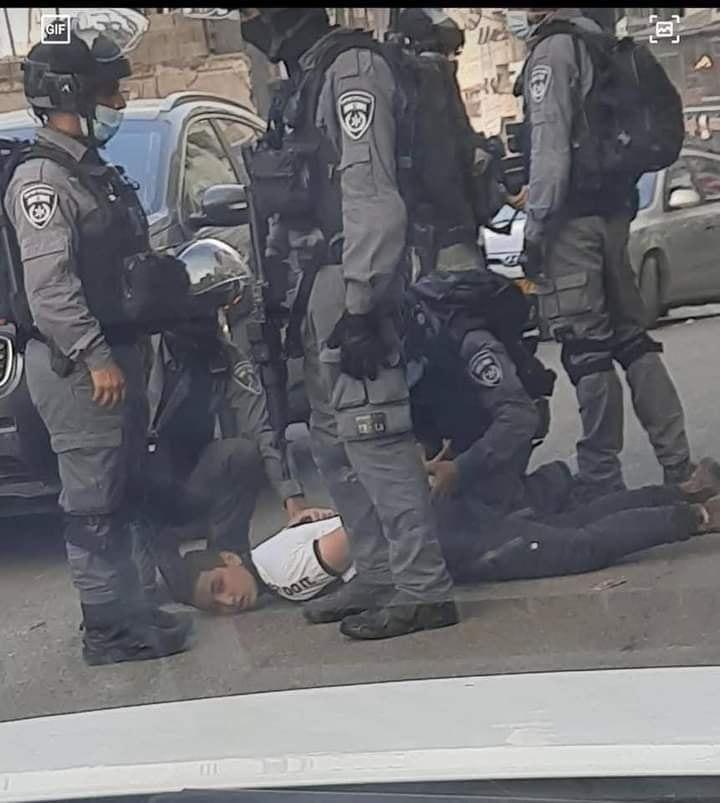 In photos, several Israeli soldiers hold the youth face down on the ground as he is handcuffed, while a later photo shows soldiers leading the youth.

The identity of the youth is not known at the time of this report, and the reason for his detention is also unknown.

According to Addameer, the Prisoner Support and Human Rights Association, “Approximately 700 Palestinian children under the age of 18 from the occupied West Bank are prosecuted every year through Israeli military courts after being arrested, interrogated and detained by the Israeli army. The most common charge levied against children is throwing stones, a crime that is punishable under military law by up to 20 years in prison. Since 2000, more than 12,000 Palestinian children have been detained.”

The most recent statistics show that the Israeli occupation holds 145 youths aged 16-18 years, and 15 under the age of 16 years.

Shehab
[The moment the occupation forces arrested a boy in the Shufat refugee camp in occupied Jerusalem, Tuesday evening.]