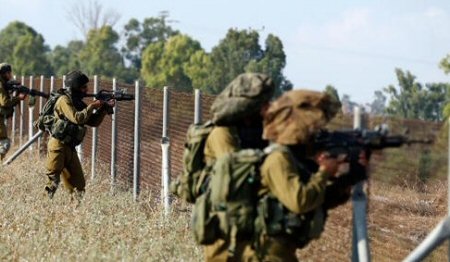 The Israeli army regularly detains and opens fire on unarmed Palestinian fishermen, shepherds and farmers, along the border areas, if they approach the buffer zone, as authorities have not made clear the precise area of the designated zone.